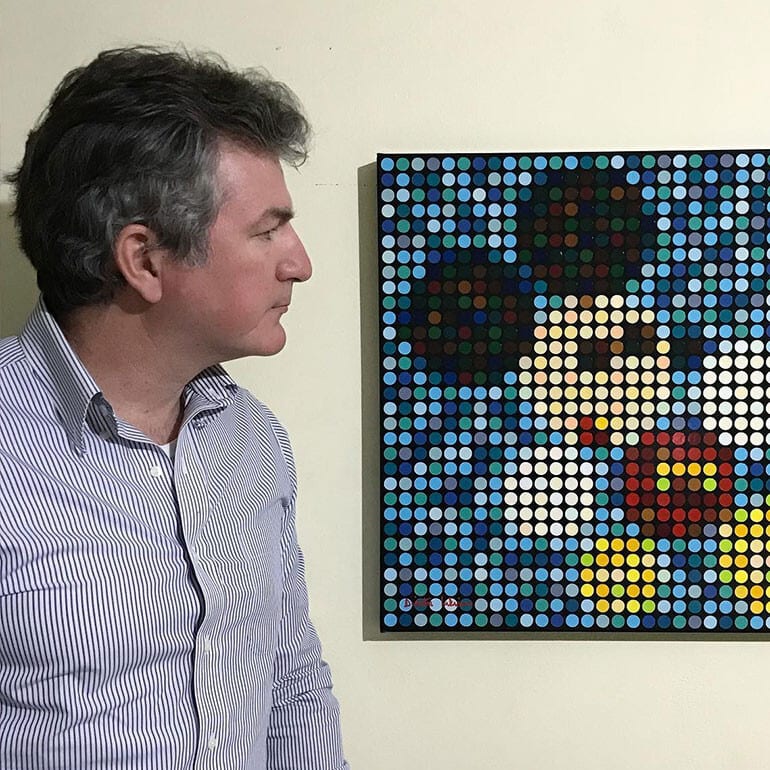 Dimitri Likissas is a visual artist that is already known in Europe through his neo pointillism style of paintings because the viewer gets to experience an optical effect depending on the distance to the work.

He has been a ground-breaking visual artist that is capturing America, his unique pointillism style and his gallery presence in America has made him to be completely different from a host of others who offer the same service like him. He is represented by prestigious art galleries in New York by Guy Hepner also in NY By Krause Gallery, in Connecticut by Samuel Owen Gallery, in Dallas, Texas by Bivins Gallery by L & C Project Gallery in San Diego, California and more. He has also been featured in Forbes magazine amongst other media outlets.

'I do get success because of my painterly style, being thousands of hand painted dots which create an optical effect, if you stand next to the painting, you only see dots (abstract like) but when you step away, where the dots seem to melt together, you see the image (figurative) so it's like abstract and figurative all in one. I have many different bodies of work using this same technique, making my work appealing to anyone, from pop art to portraits to abstract, to word art, says Dimitri Likissas.

He has evolved from his earlier style which included a same single colored dot pattern with a superimposed subject, while today, the main element or subject coalesces within the pattern of labor-intensive, individually colored dots. For him, the pattern of dots serve as references to living organisms, atoms, i.e. the idea that matter is made up of discrete units. These patterned dots cohabitate in harmony. Many ask him “Why dots and not squares?” because for him dots (circles) keep on moving and rolling, squares are restrictive.

His pictographic arrangement seems to emerge ahead of our vision boundaries. As the colored spots matrix progress and retreat, undulate and combine, they imitate the way in which the universe works in the lively sphere of both the micro and macrocosms.

Dimitri Likissas pursues color relationship and brings a considerable dexterity of color theory, a deep-seated sense of rhythm and formational aspects to each painting.

He is a visual wizard whose art defies spatial constraints. He has developed his own optical language and inimitable style. With utmost proficiency he invites us to view the world as magical, fluid, and invigorating panorama. 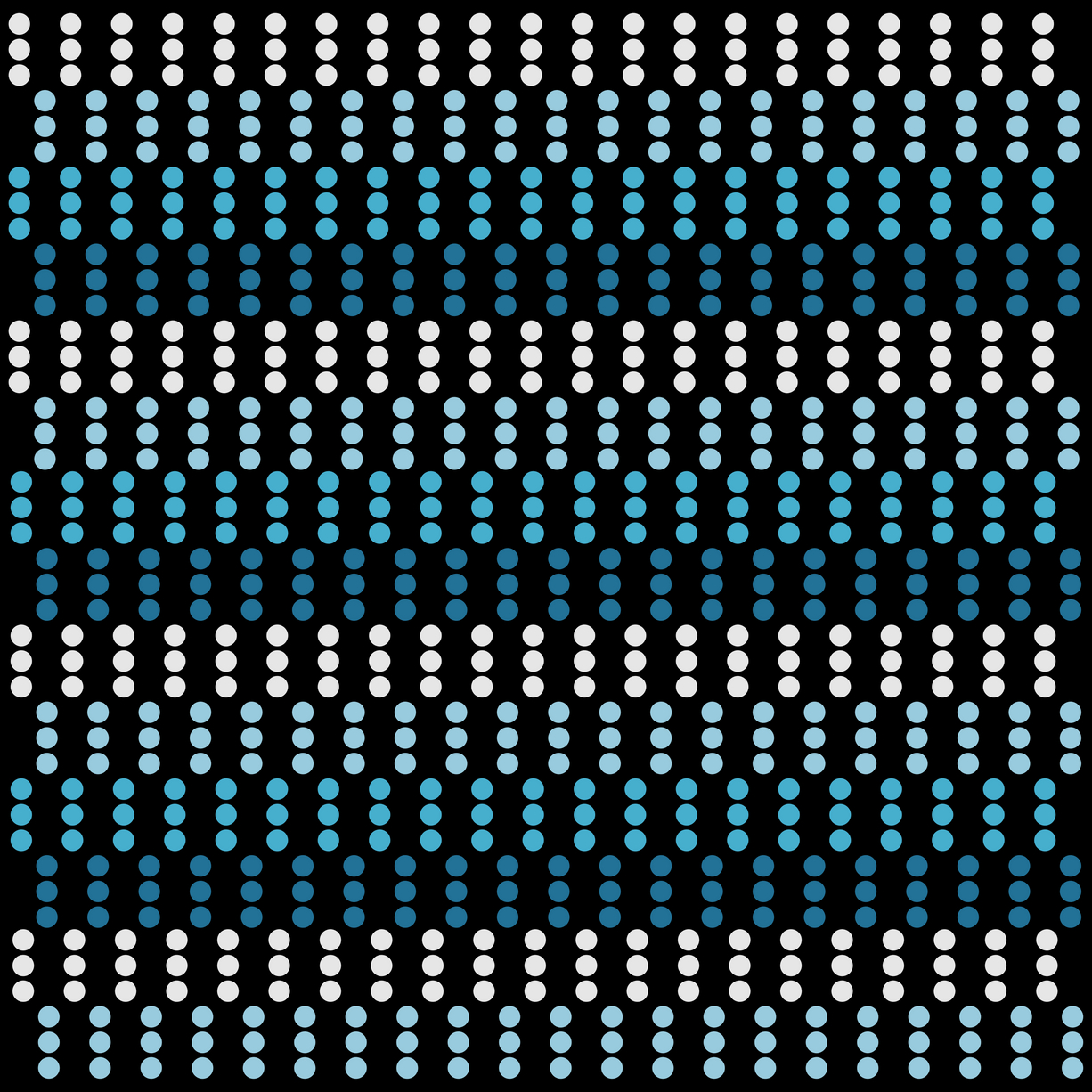 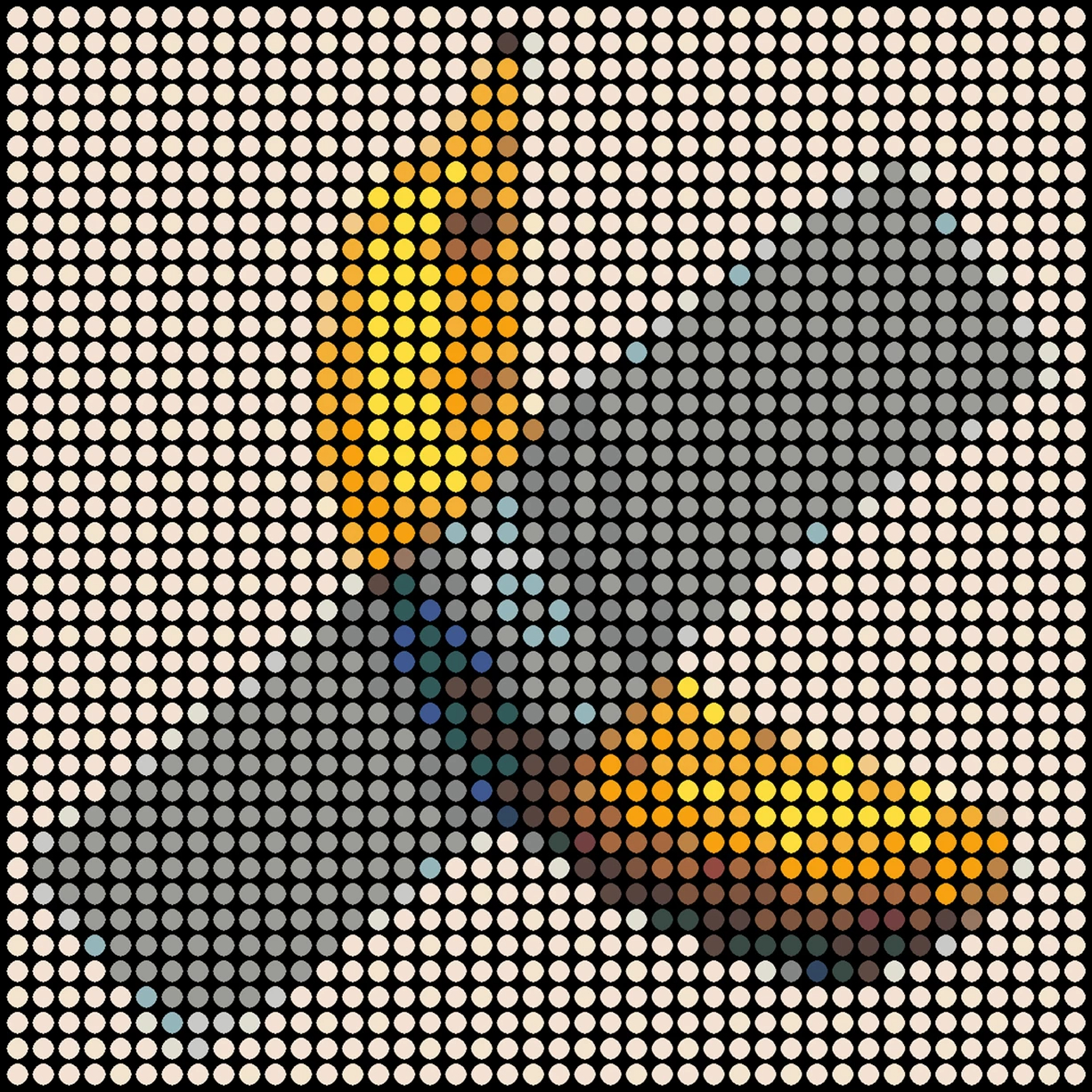 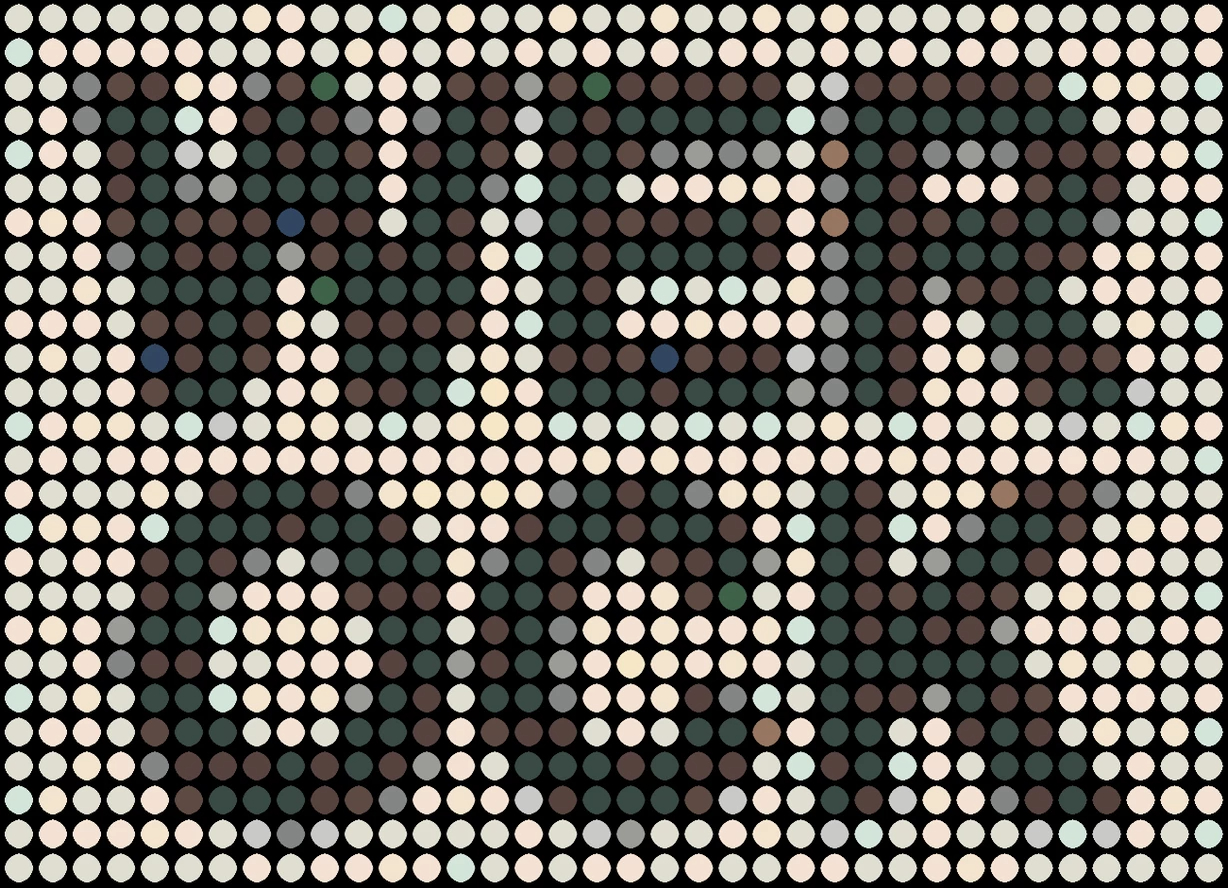 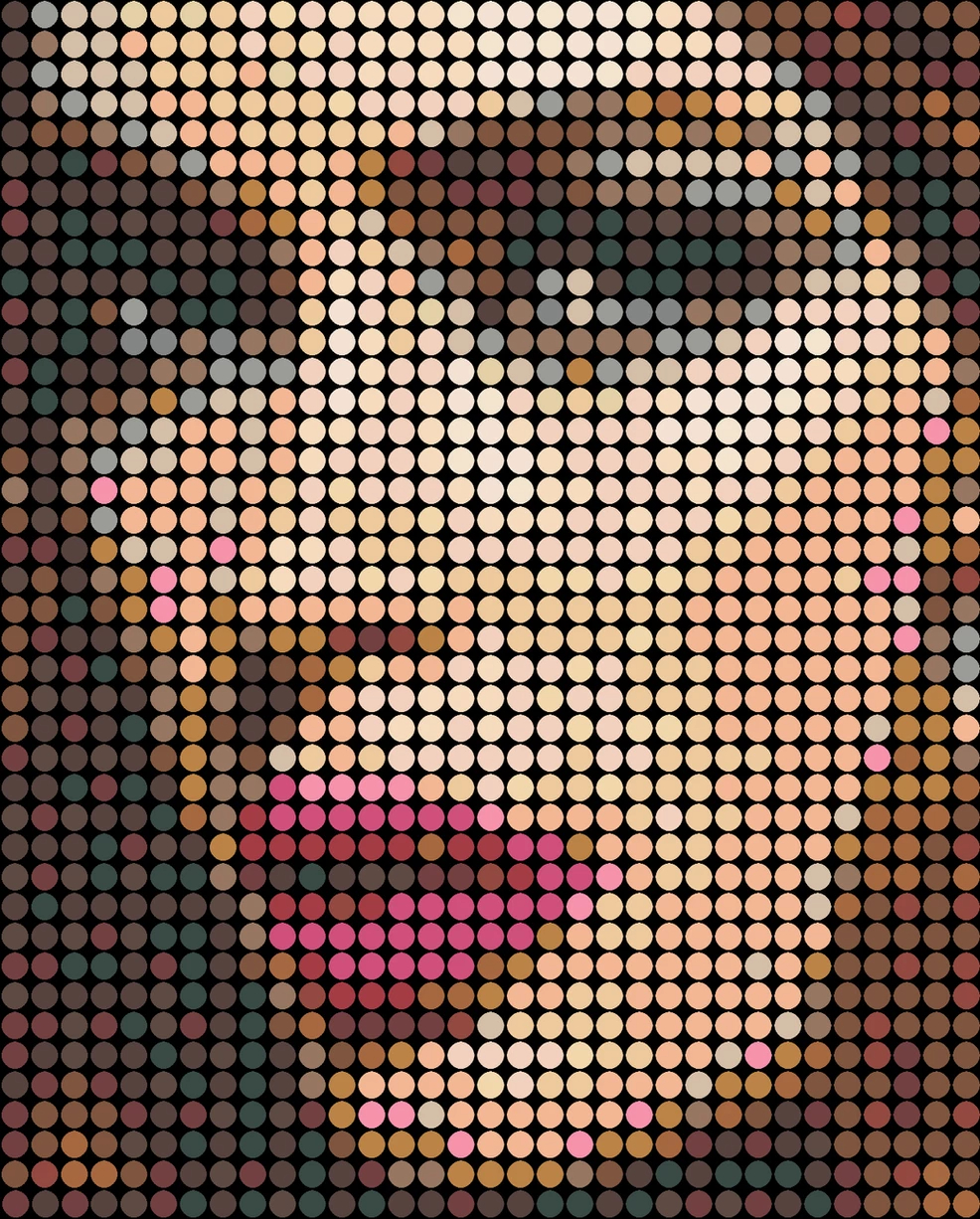 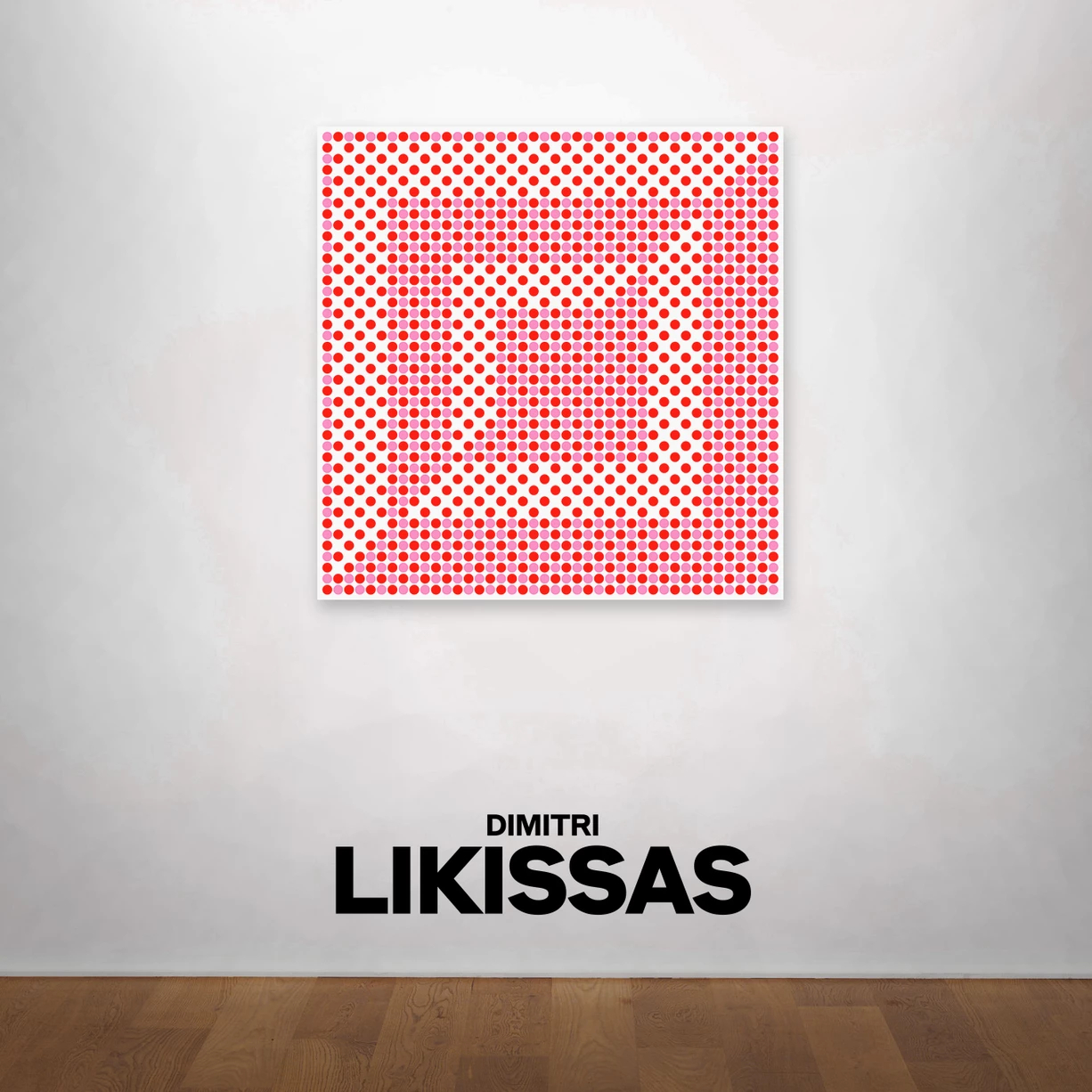 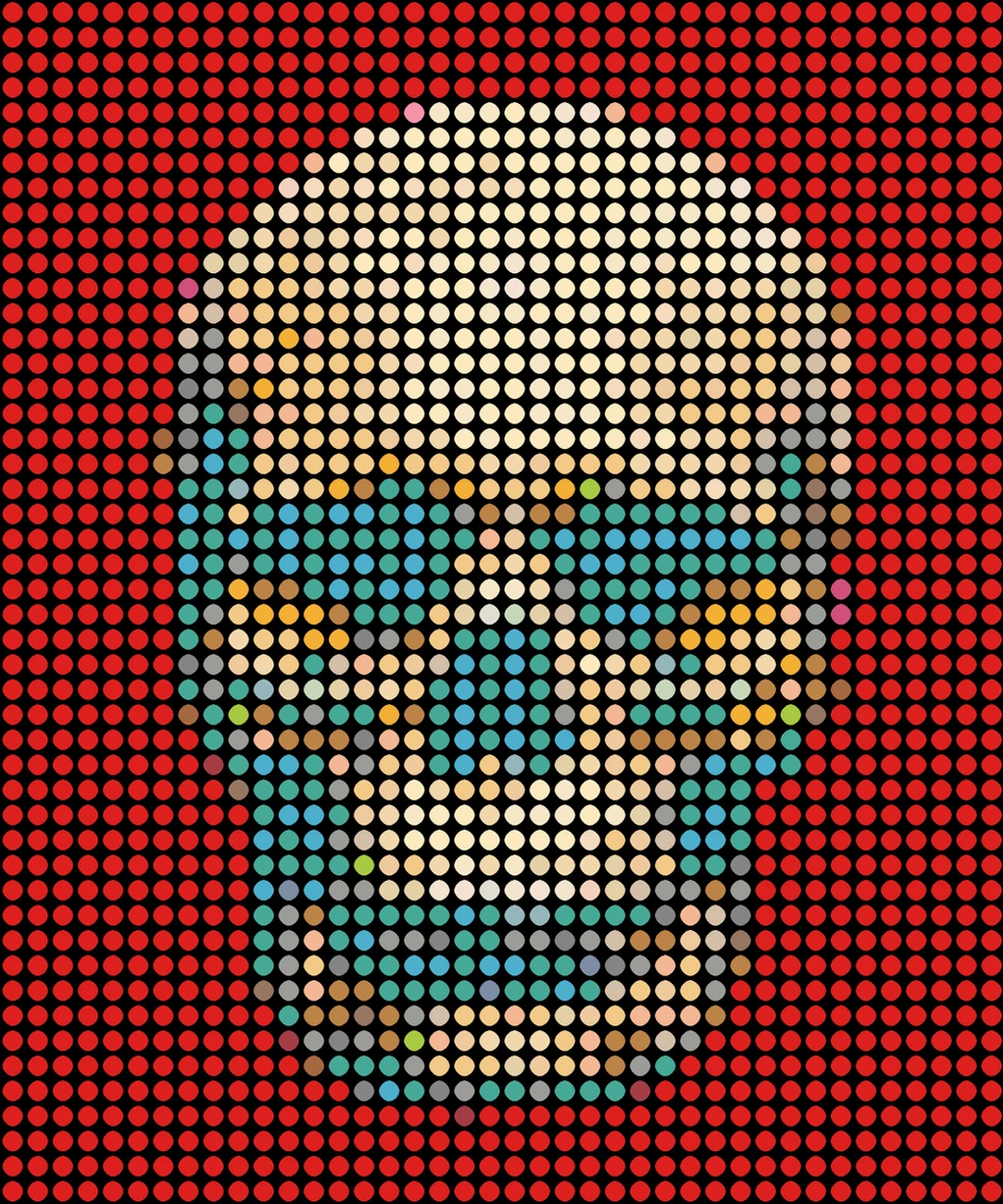 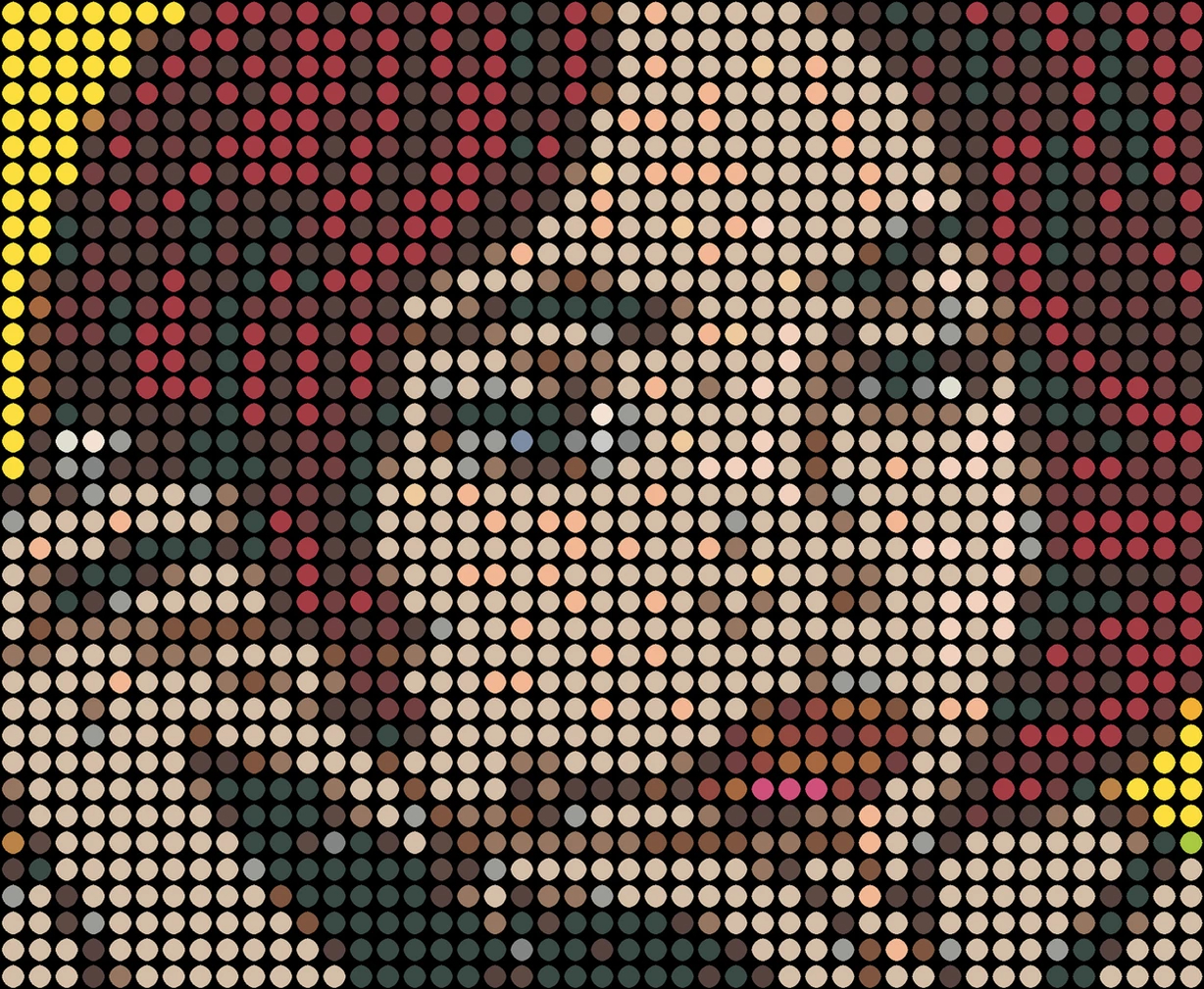