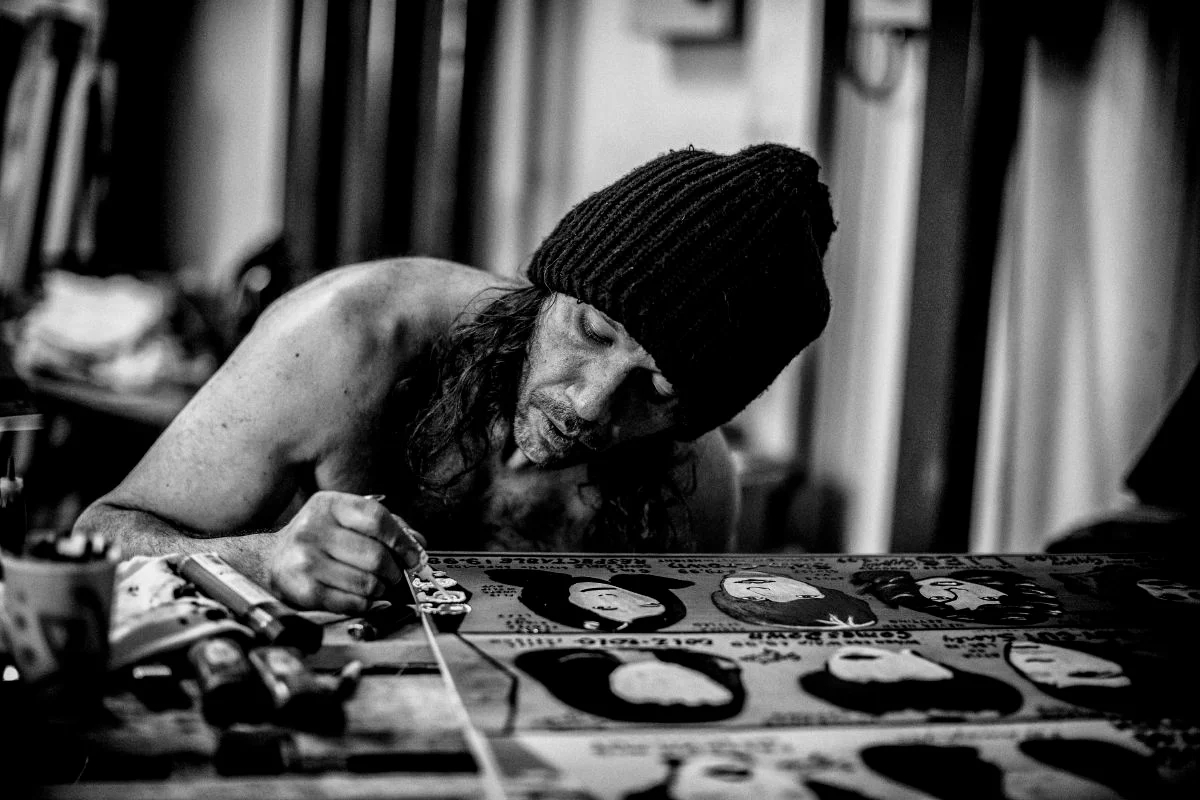 For Geronimo aka Jumping Bull, life has been a roller-coaster journey through places, lifestyles and identities. Mother Russian, father Sioux. From disaffected youth to one of the foremost Rock Artists of his generation. Friend of the famous.

Present success built on an extraordinary past.

Growing up on a North Dakota reservation, the country of his ancestors, he absorbed his father’s tribal culture - lessons learned and still remembered - until the modern world beckoned.

Then trouble. Led by his own anger to a young offenders’ institution, where for the first time he awoke to the power not of his body but of his mind, and a thirst for knowledge began – "with no television, every day I read and learned”.

New ventures followed, including a music studio and other businesses – not all of them legal – from which “money fell like rain and my only interest was in spending it”.

Behind bars, Geronimo escaped through painting. Salvation through shape, line … and color, though he sees only in black and white, the legacy of a fight that left him blind for three months.

Self-taught, as with much in his life, he has also learnt from other artists. Mixing materials and styles, searching for his own ‘voice’ in paint, not just to create the perfect likeness, but looking to bring out what’s inside him and to capture it on canvas – “My paintings are part of me”.

Art is now who Geronimo is and what he does – “Business is not what I’m about any more. Back then I was just a shell with nothing inside”.

Among his fans is musician Keith Richards – “the soul of the Rolling Stones” – met by chance on tour, portrait done, the start of a lasting friendship with him and the band – “though I grew up with disco, not rock”.

Now the Stones are not only part of his life, but also the inspiration for his art – paintings, portraits and sculptures – with their legendary ‘tongue’ logo made from flattened Coke cans becoming one of his most recognized and celebrated pieces.

Geronimo is always pushing himself to new levels and breaking new ground – “Thinking that everything you do is the best is not me. I always work on myself to give more”.

In Native American culture, they watch who you become before giving you a tribal name. Geronimo is ‘Jumping Bull’ - the one who leaps over obstacles.

Geronimo aka Jumping Bull works and lives life in New York and Belgium. 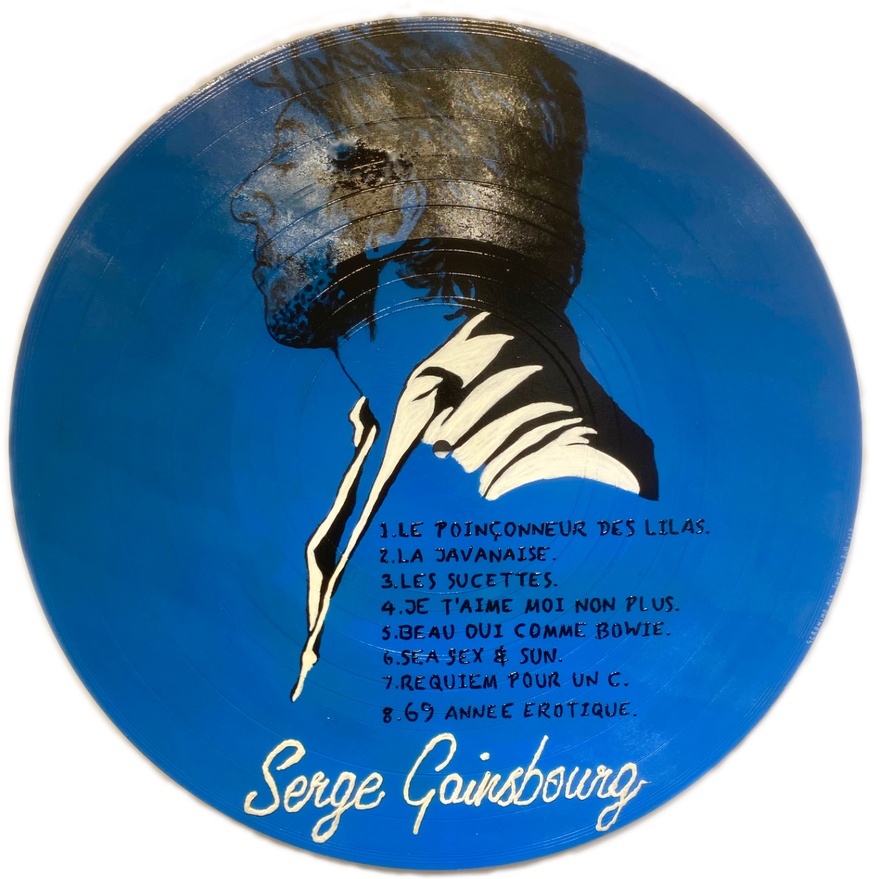 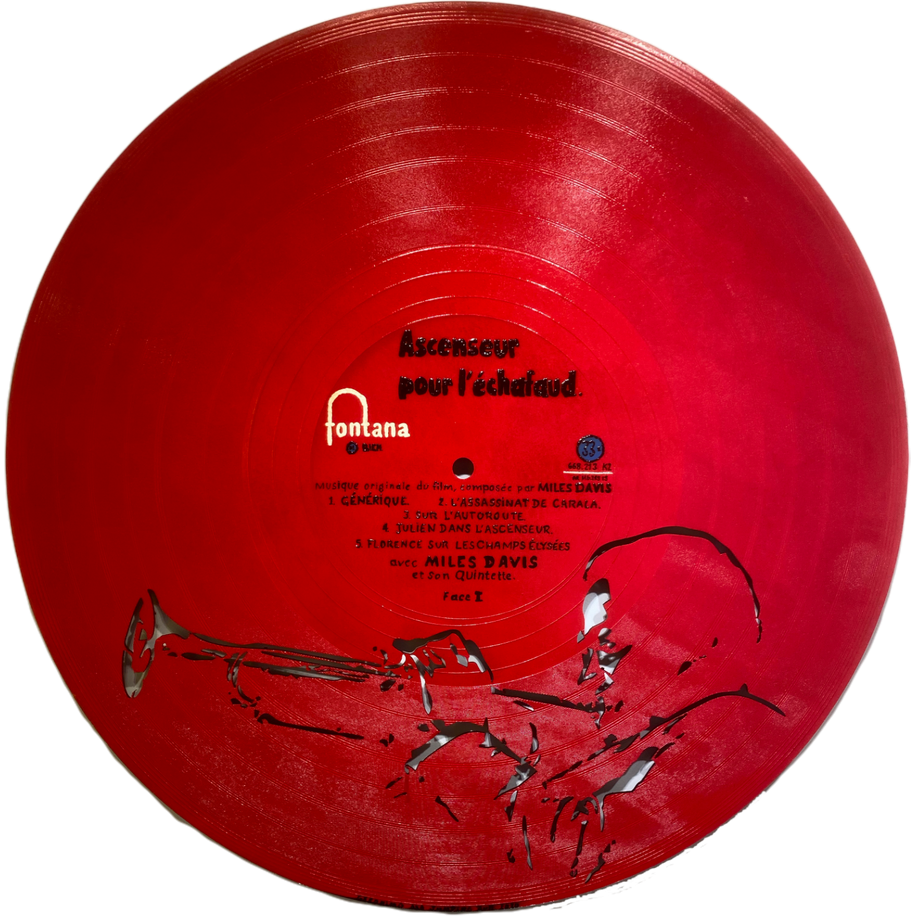 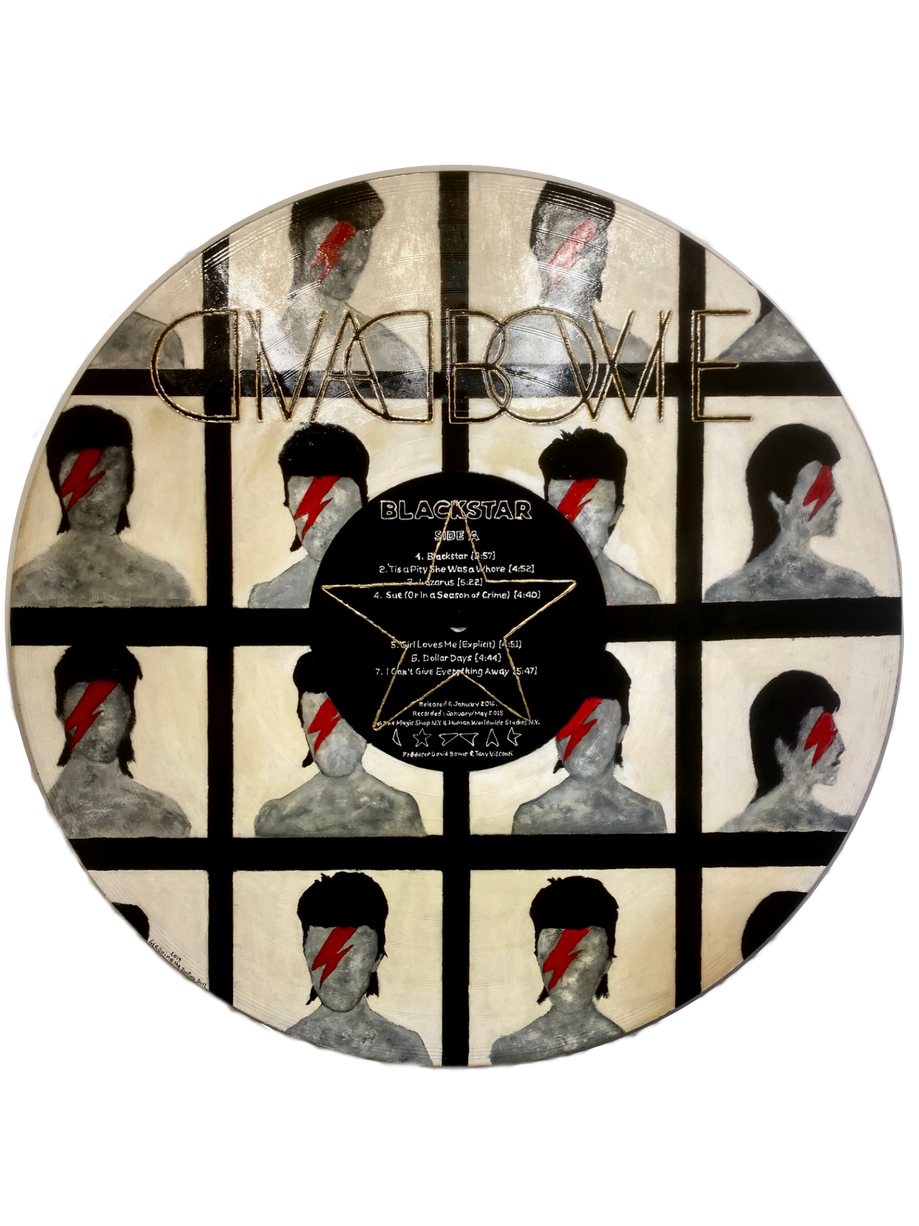 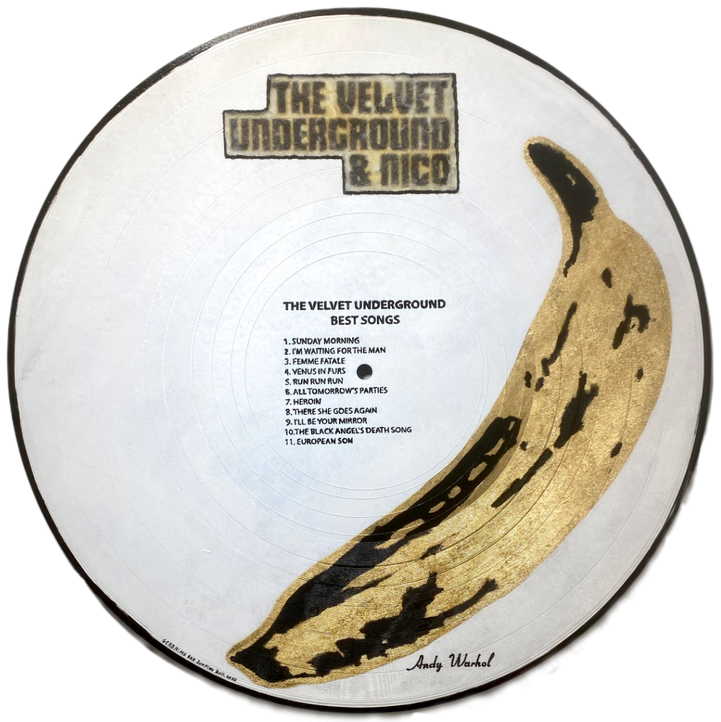 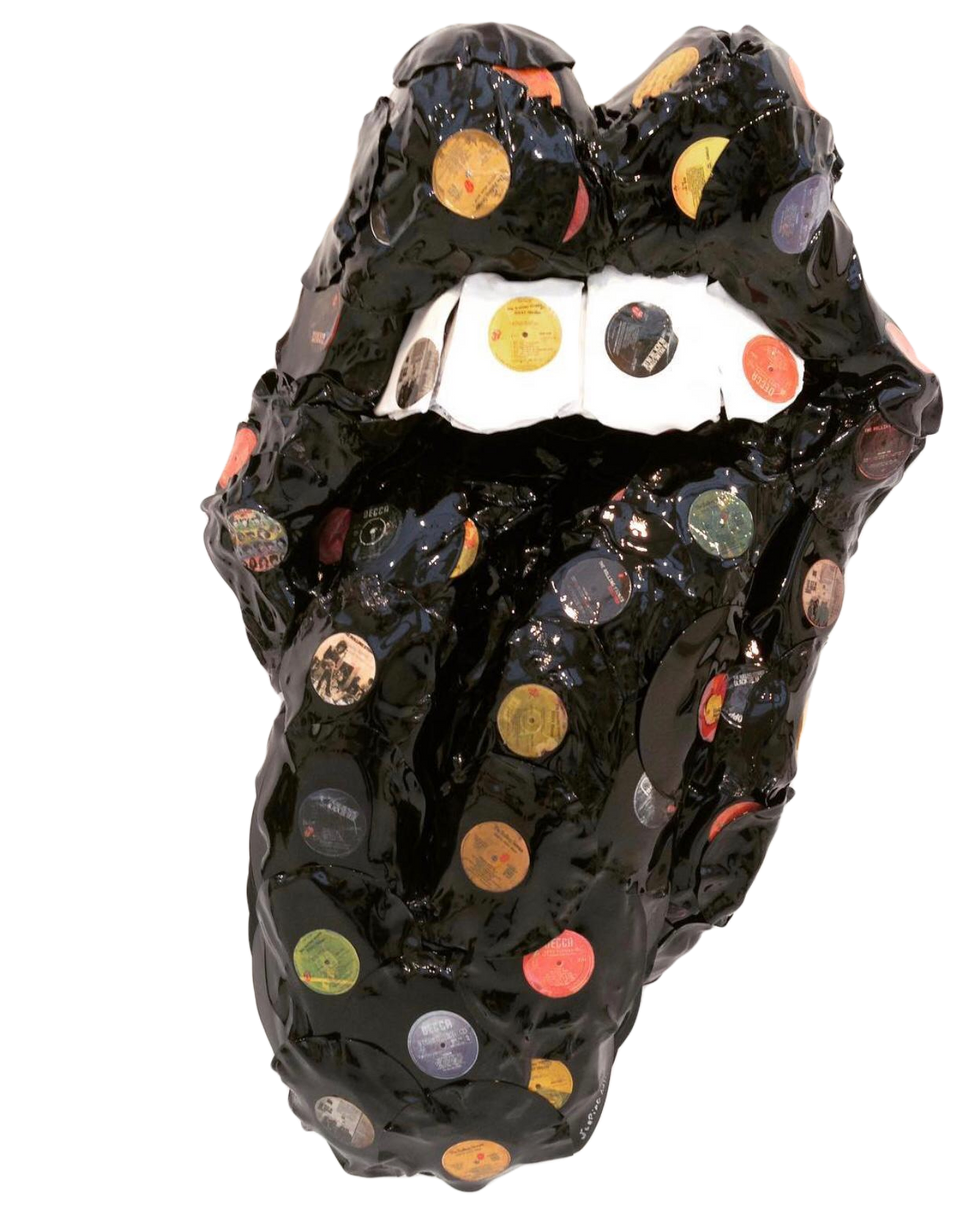 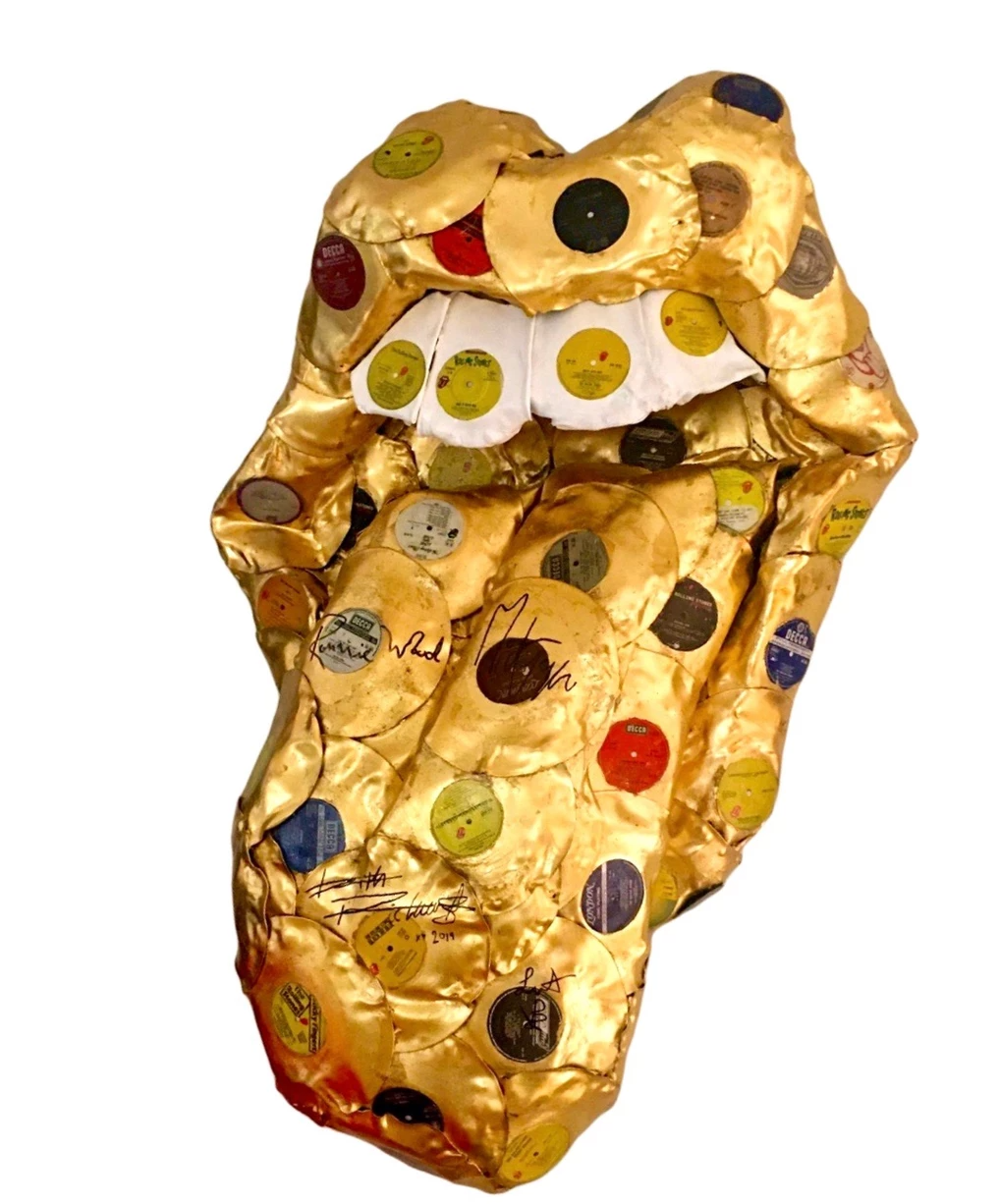 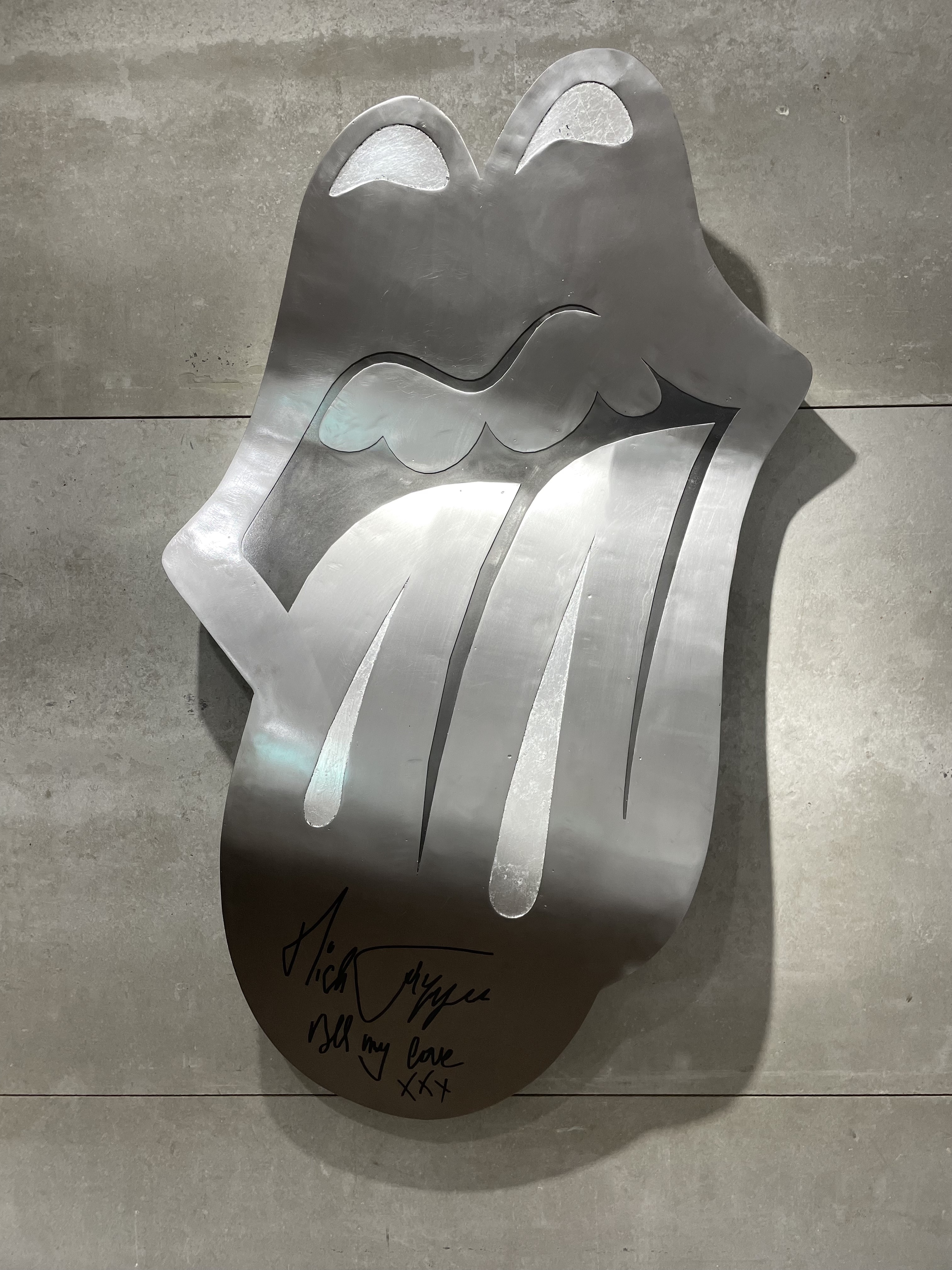 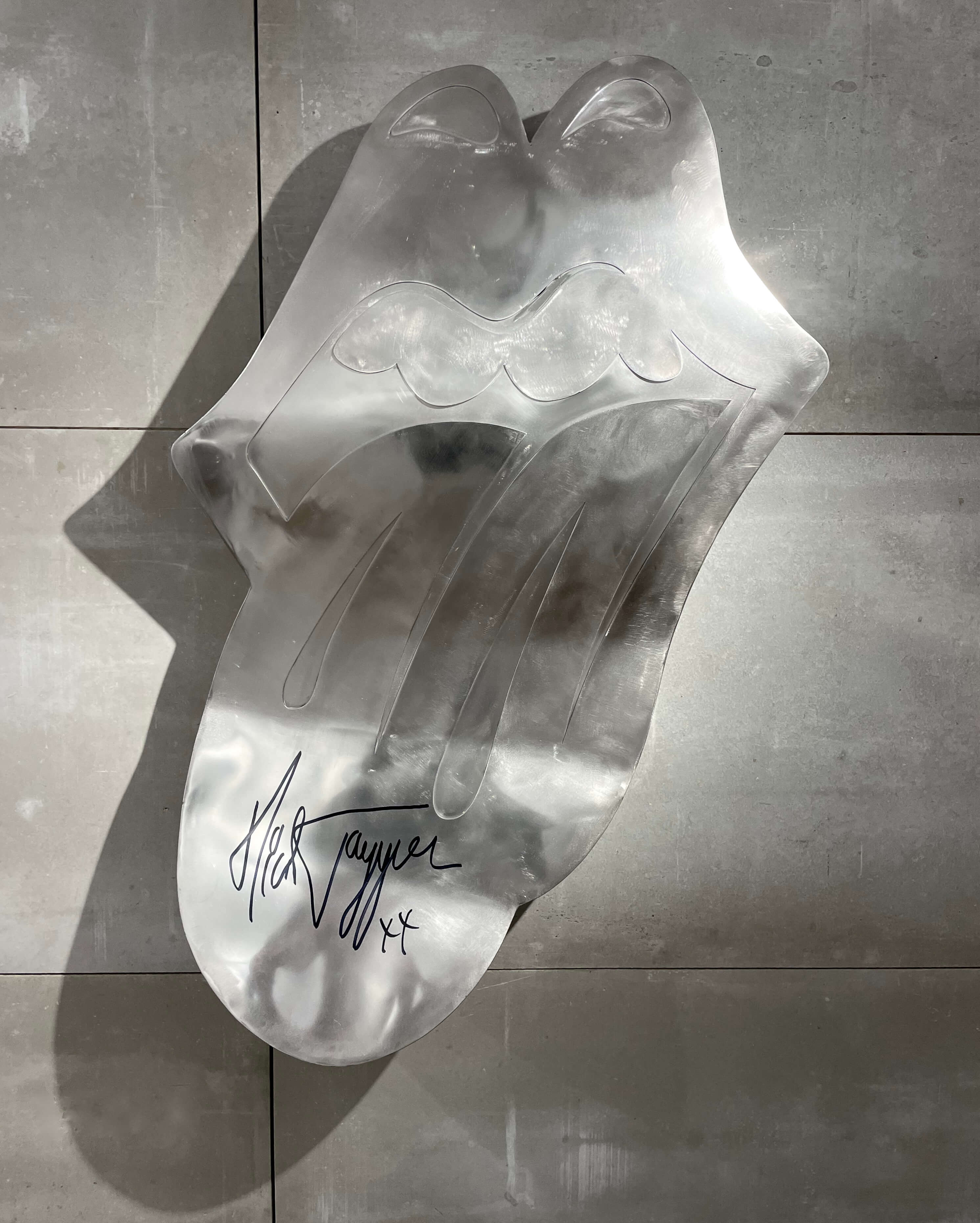 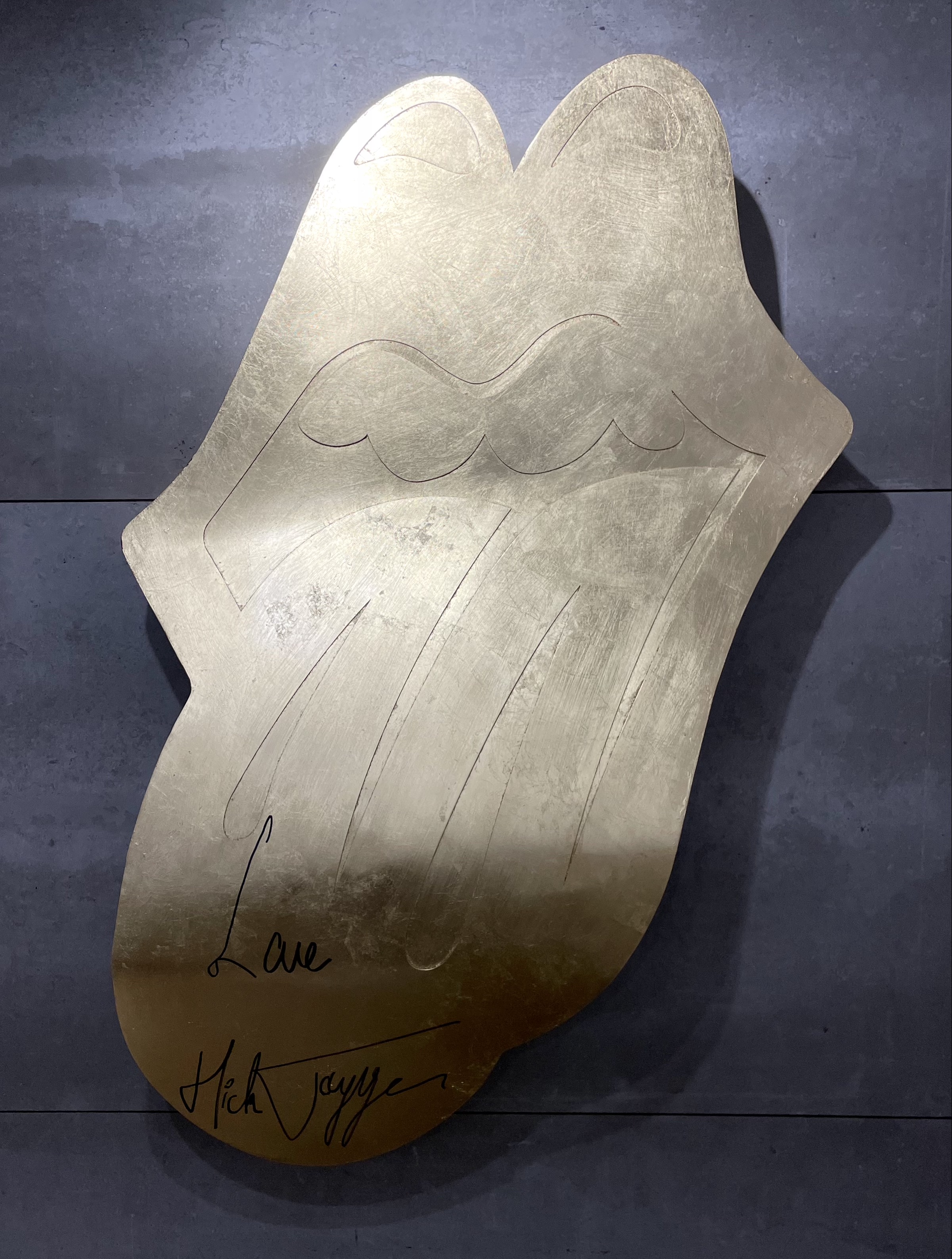 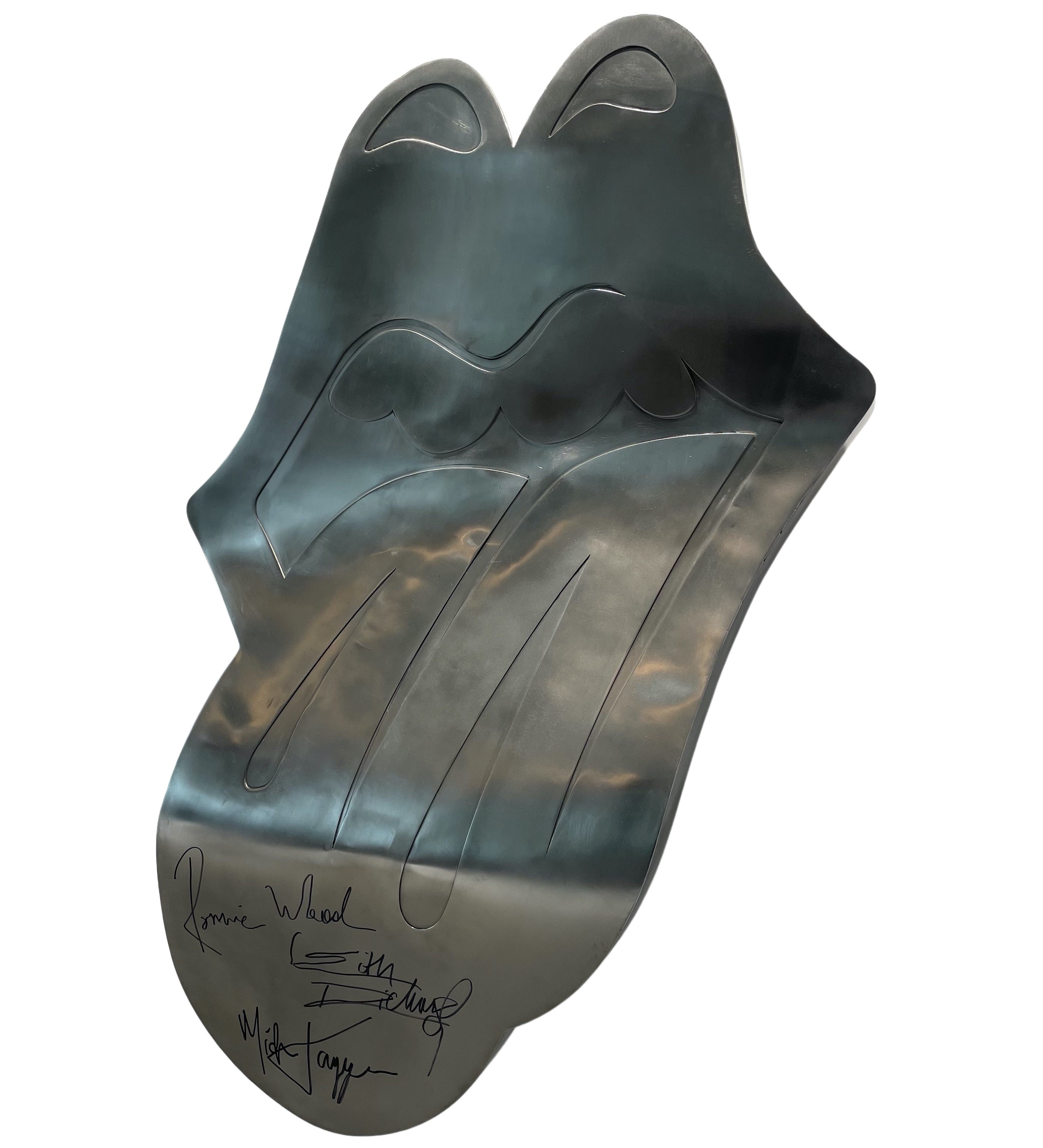 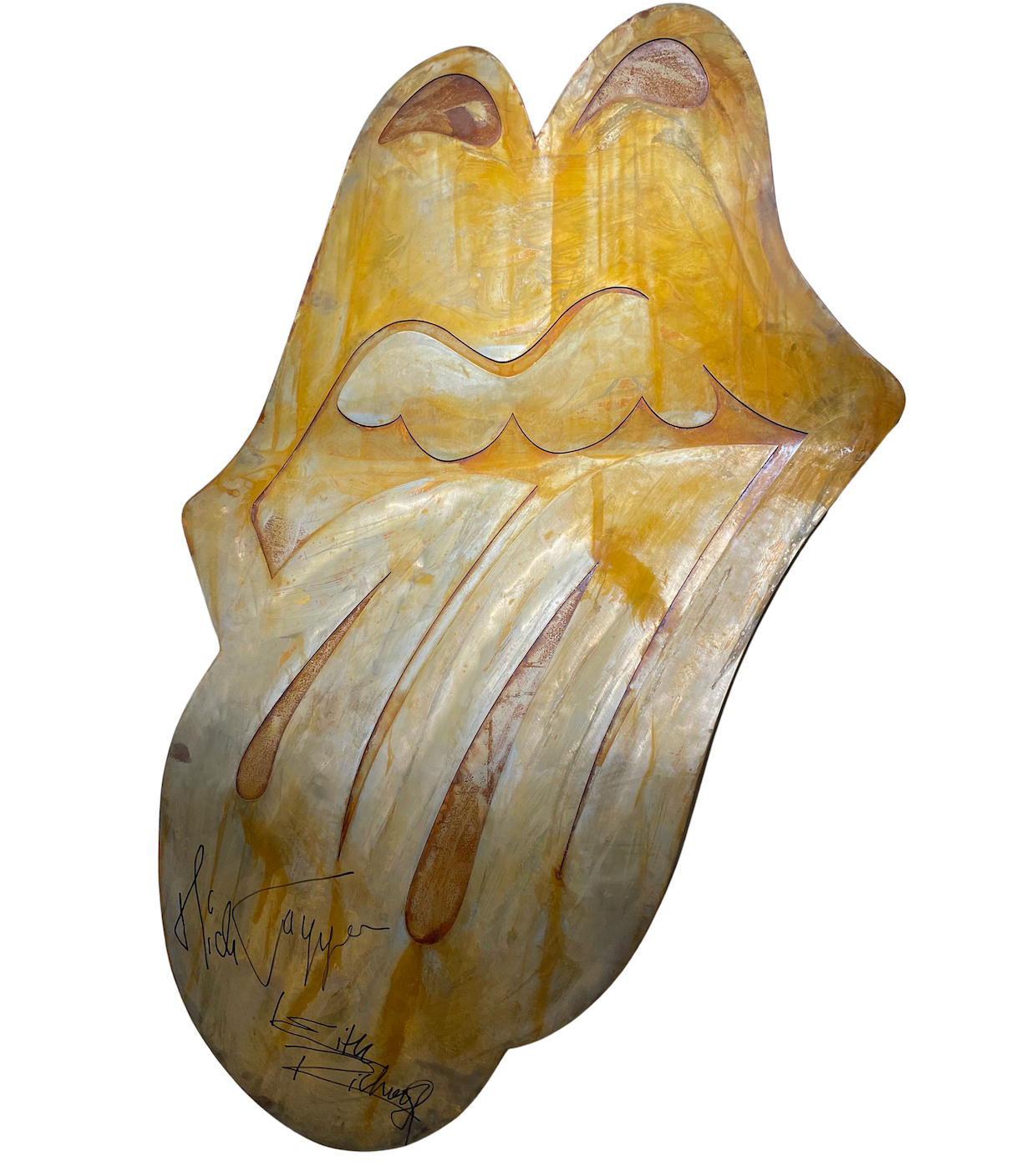 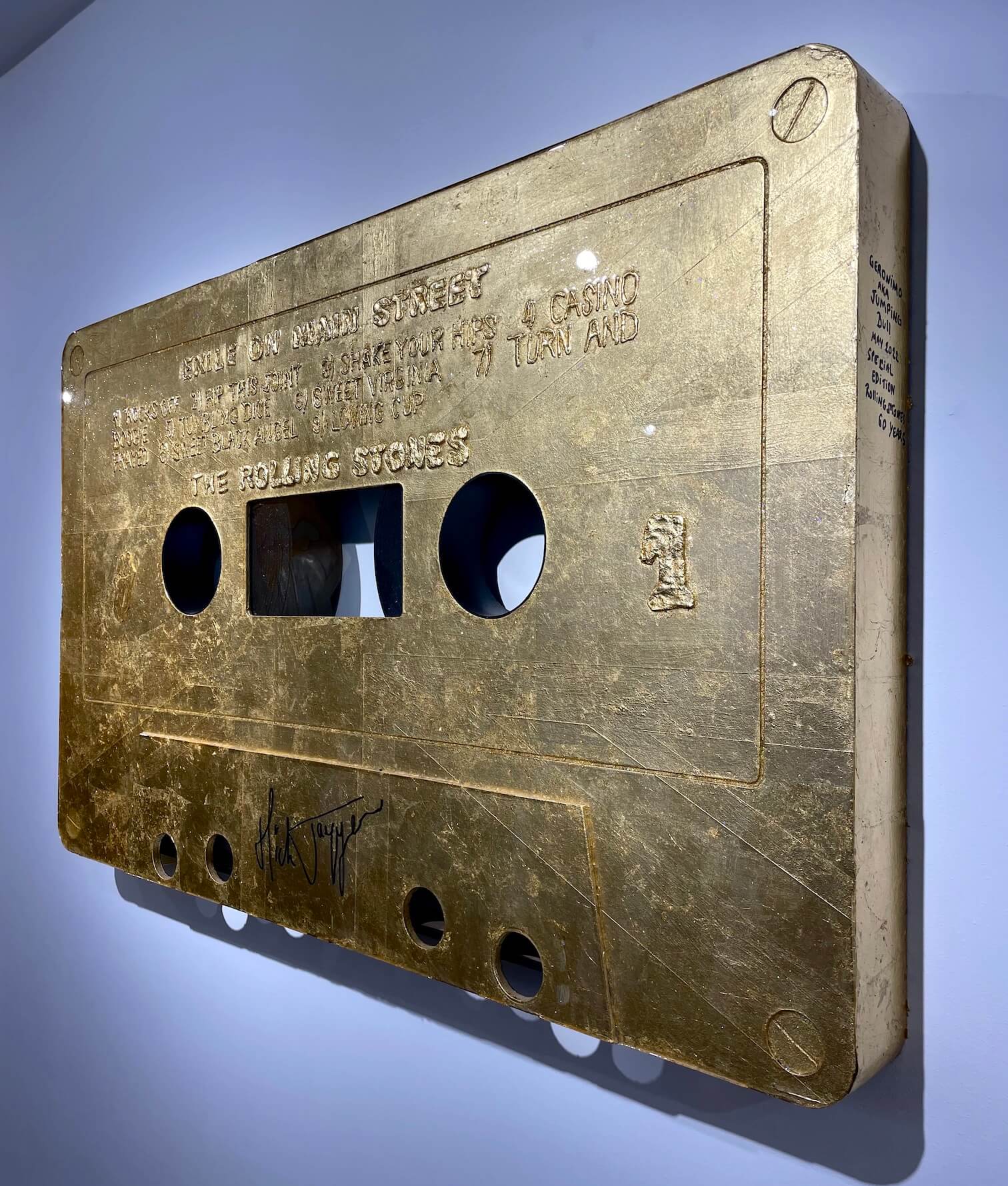