Jimmy Yoshimura is a Japanese painter born in 1981 who currently lives in Tokyo.

He studied industrial design and started a career in an advertising design agency. He was also passionate about painting, which he in practiced in parallel to his job, during his free time.

His first drawings depicted mostly portraits of women of different ages and times. He uses photographs of another time and contemporary representations of manga creating this way a confusing association. This way, he confronts the cultural evolutions that has taken place.
He contrasts the traditional values of his ancestors with new contemporary codes, which have a Western influence. In order to attain his purpose, he incorporates Japanese texts, reinforcing the Manga iconography.

His work has been exhibited numerous times in Japan and throughout the world. 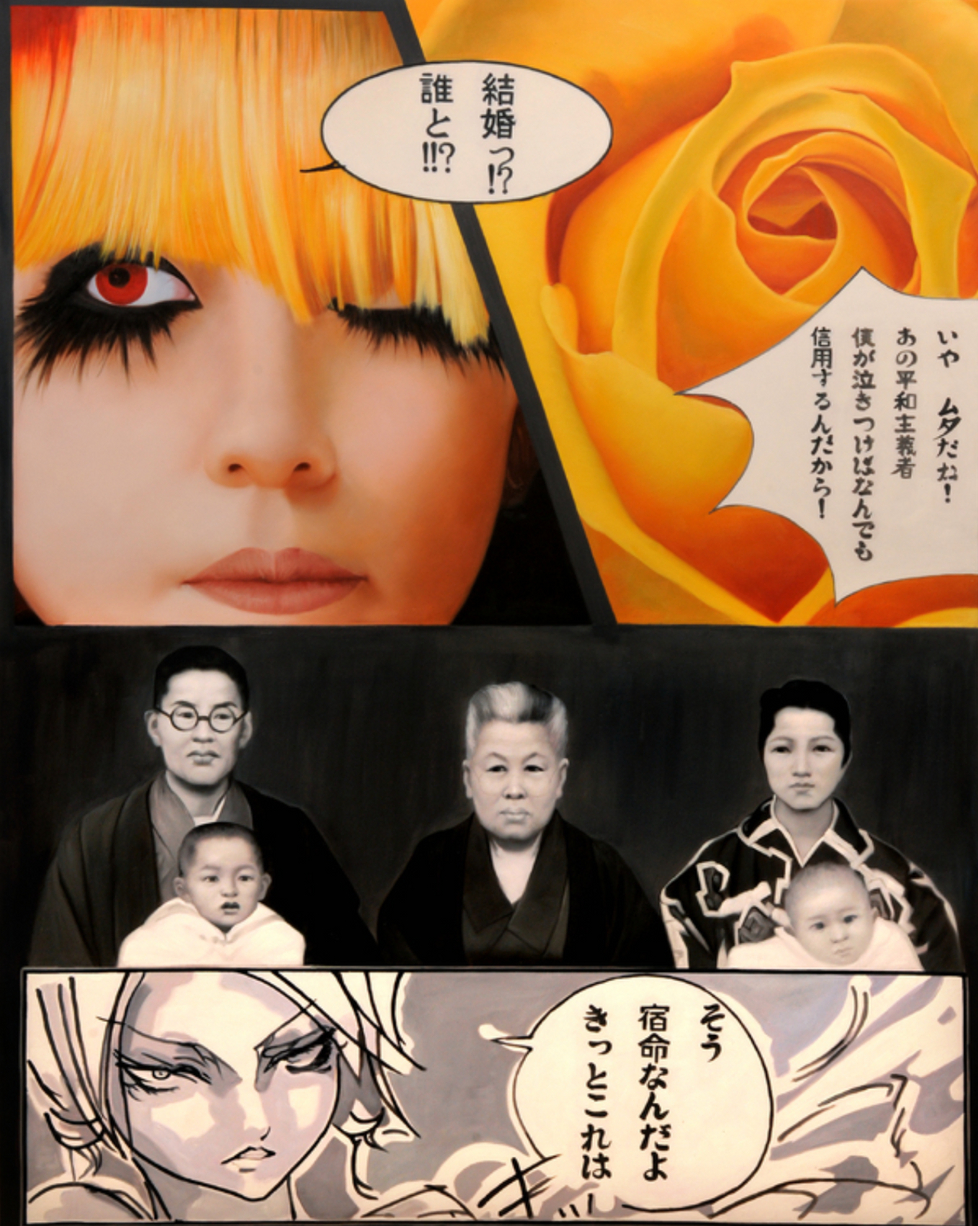 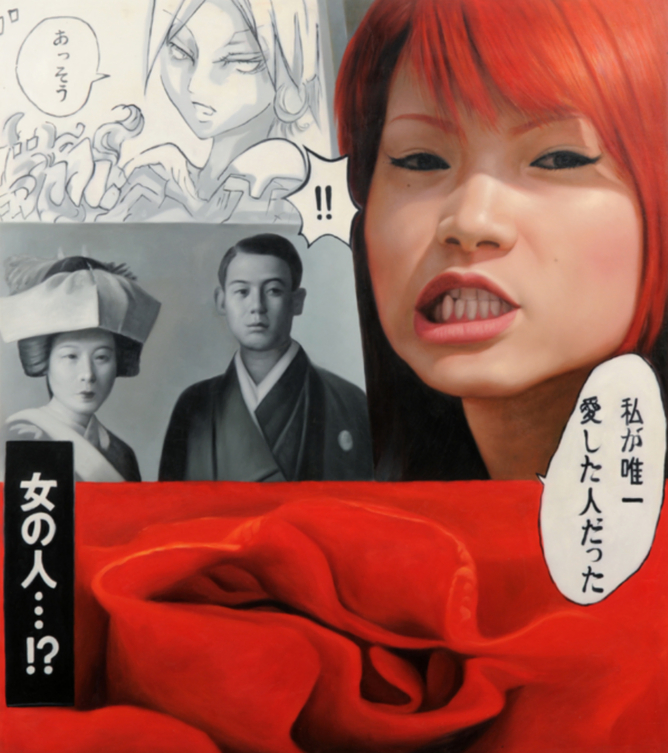 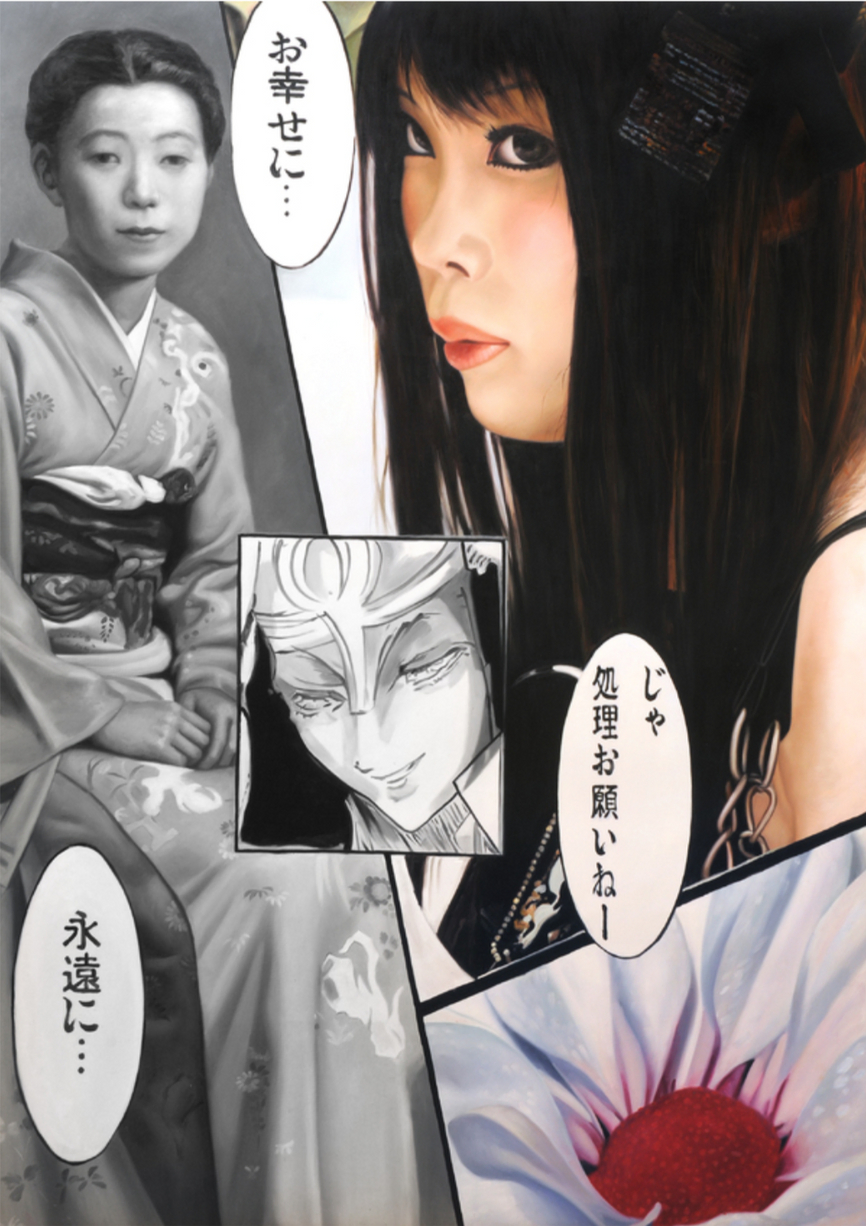