Ryoko Watanabe is a Japanese artist born in 1973 in Sapporo, Japan.

She draws his inspiration from the cultural heritage of his region and from the power of Japanese stereotypes such as Sumotori, Geishas and Samourai Warriors. She exploits these subjects with talent and turns stereotypes to her advantage by exploiting their reputation in order to convey an artistic message. In the artist's work we can perceive a strong nostalgia and a desire to preserve the cultural heritage of Japan and its unique personages which are part of the country's history.

In her paintings she depicts subjects such as the culture of her country with a unique technique that combines ancient Japanese elements with those of modern life in Japan. What is more striking than her choice of subjects such as the Sumotoris or the Samourais is where she places these subjects. Instead of placing them in traditional arenas or castles, they are placed on crowded streets, buses or in subway stations in an attemp to create a humorous contrast. Her technique consists in always putting her subjects on the foreground and in color, even if the background is left black and white. This way she draws attention to them and places them at the center of the viewer's attention.

Since 2008, her work has been exhibited in numerous galleries all around the world. 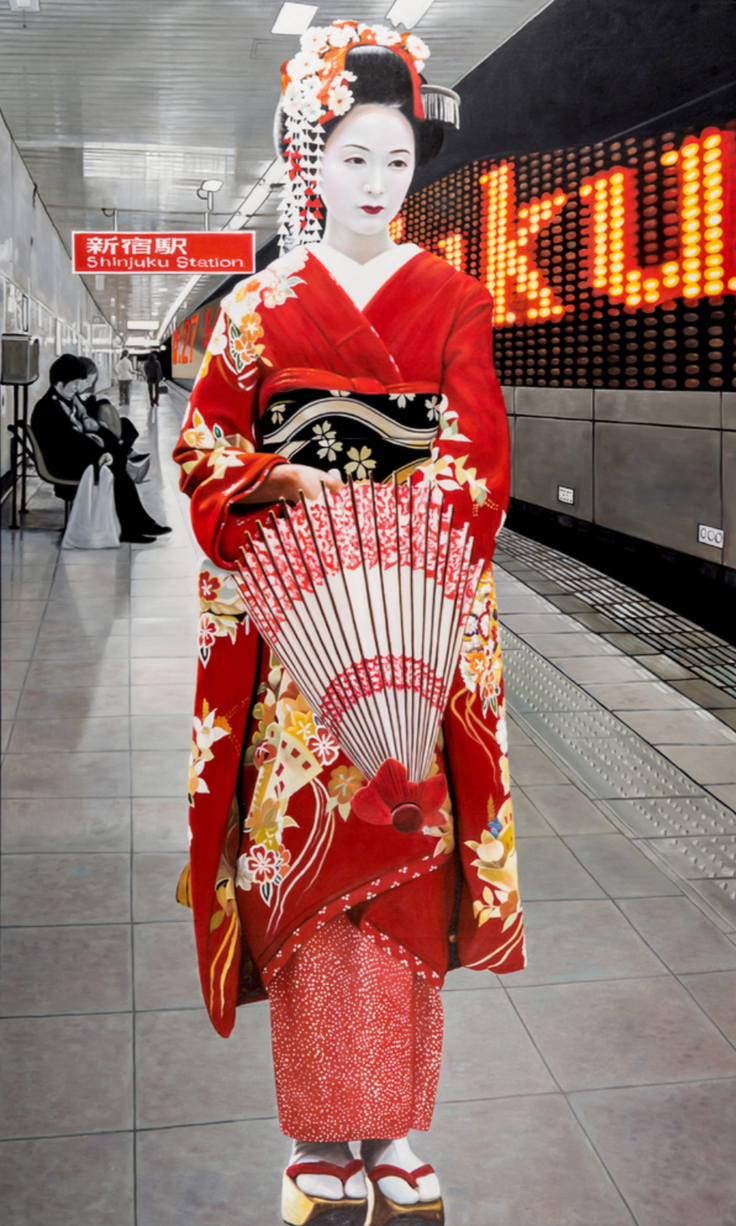 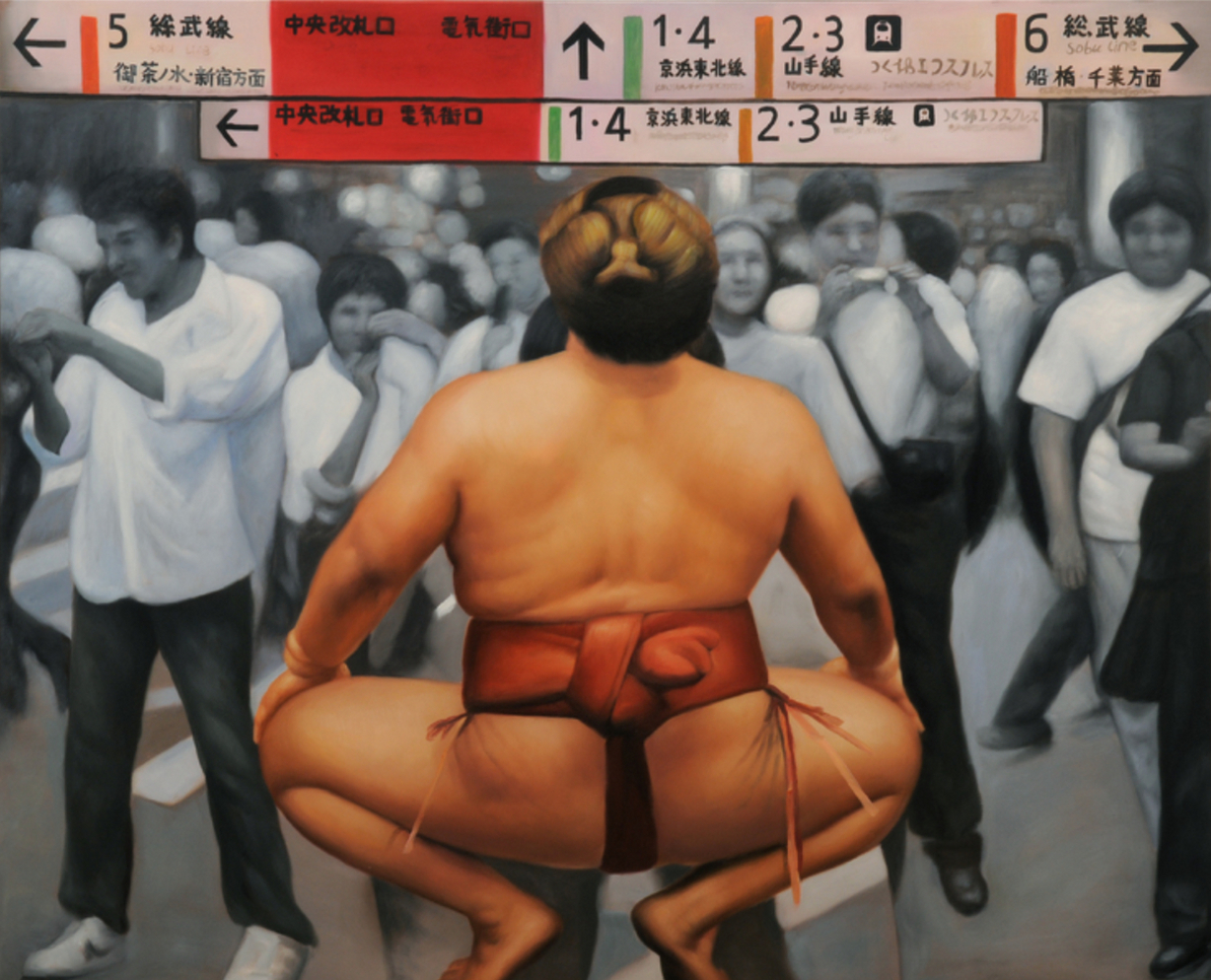 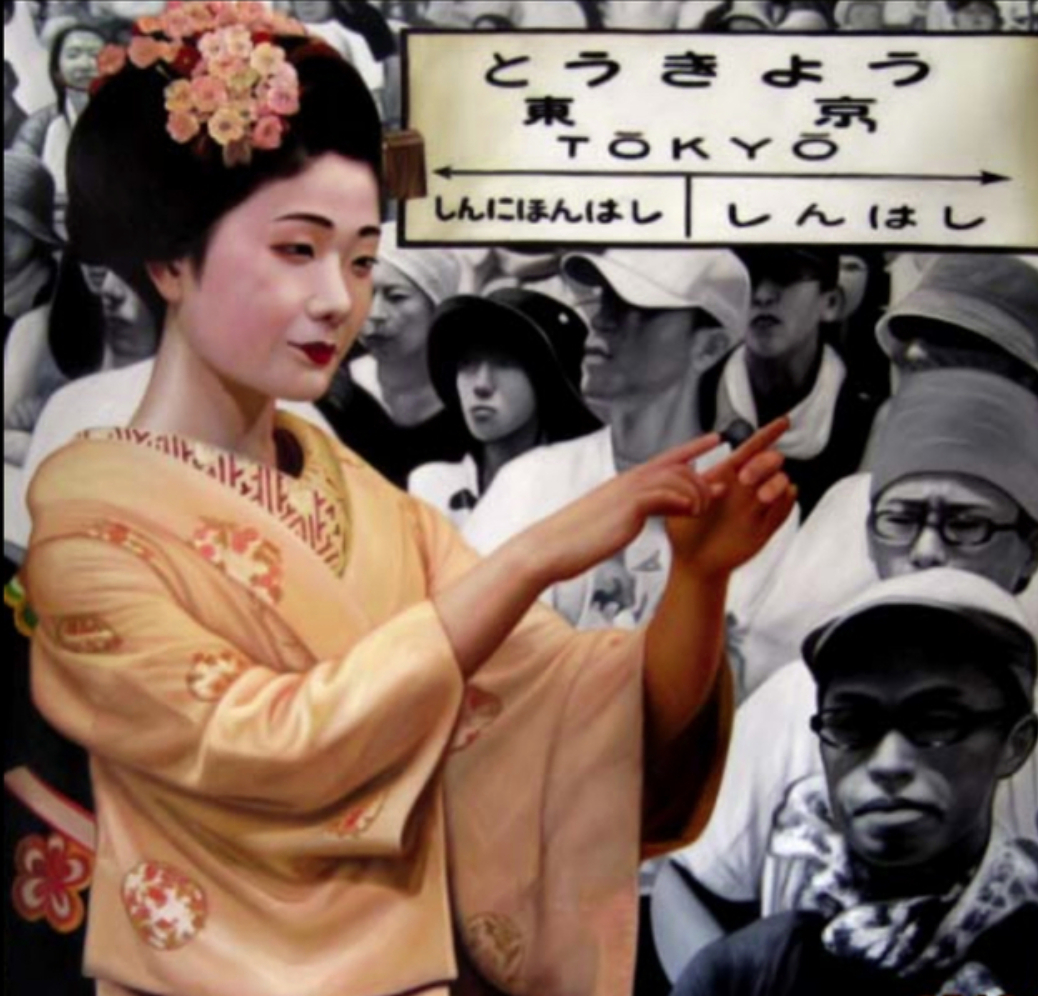 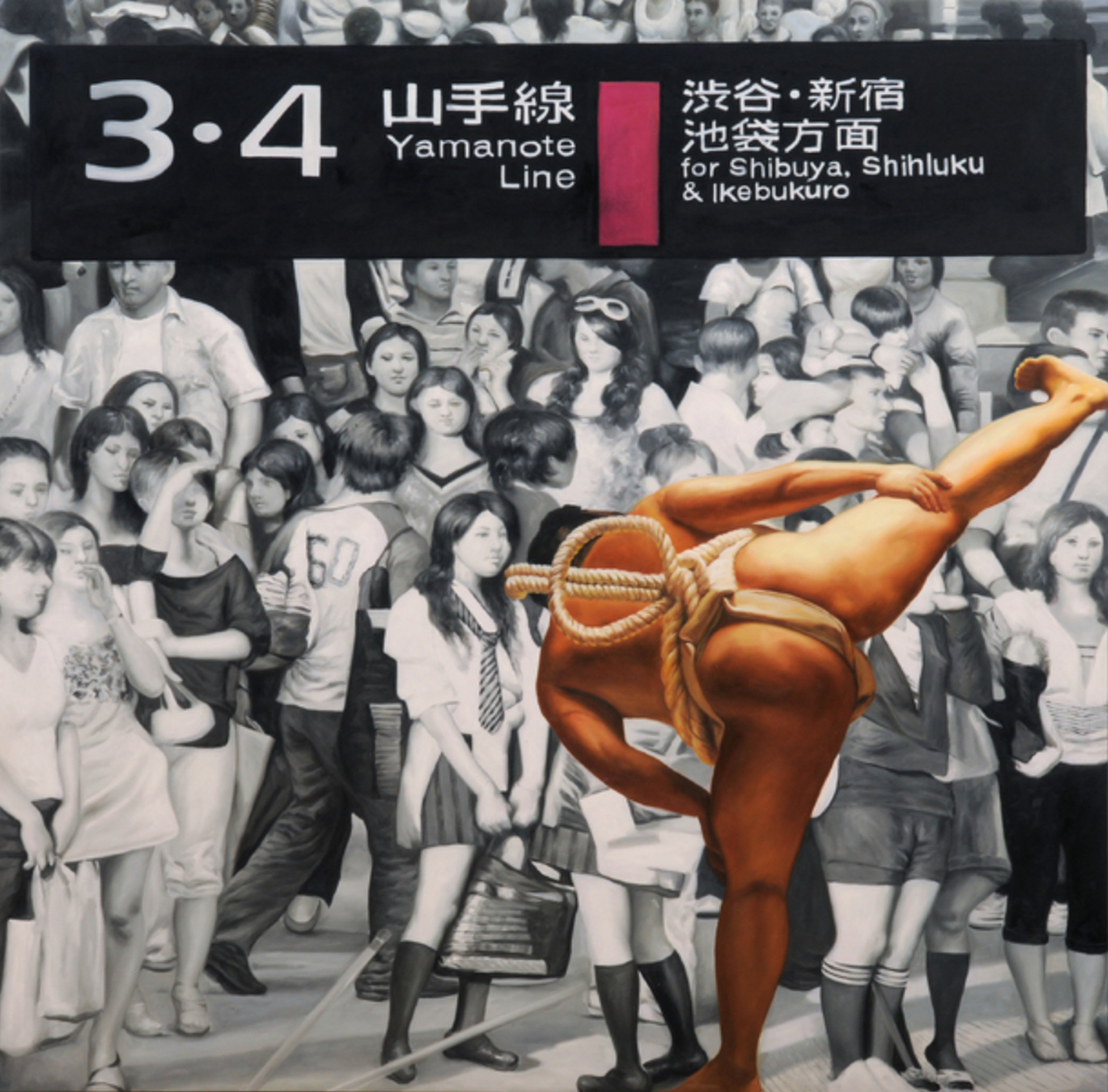 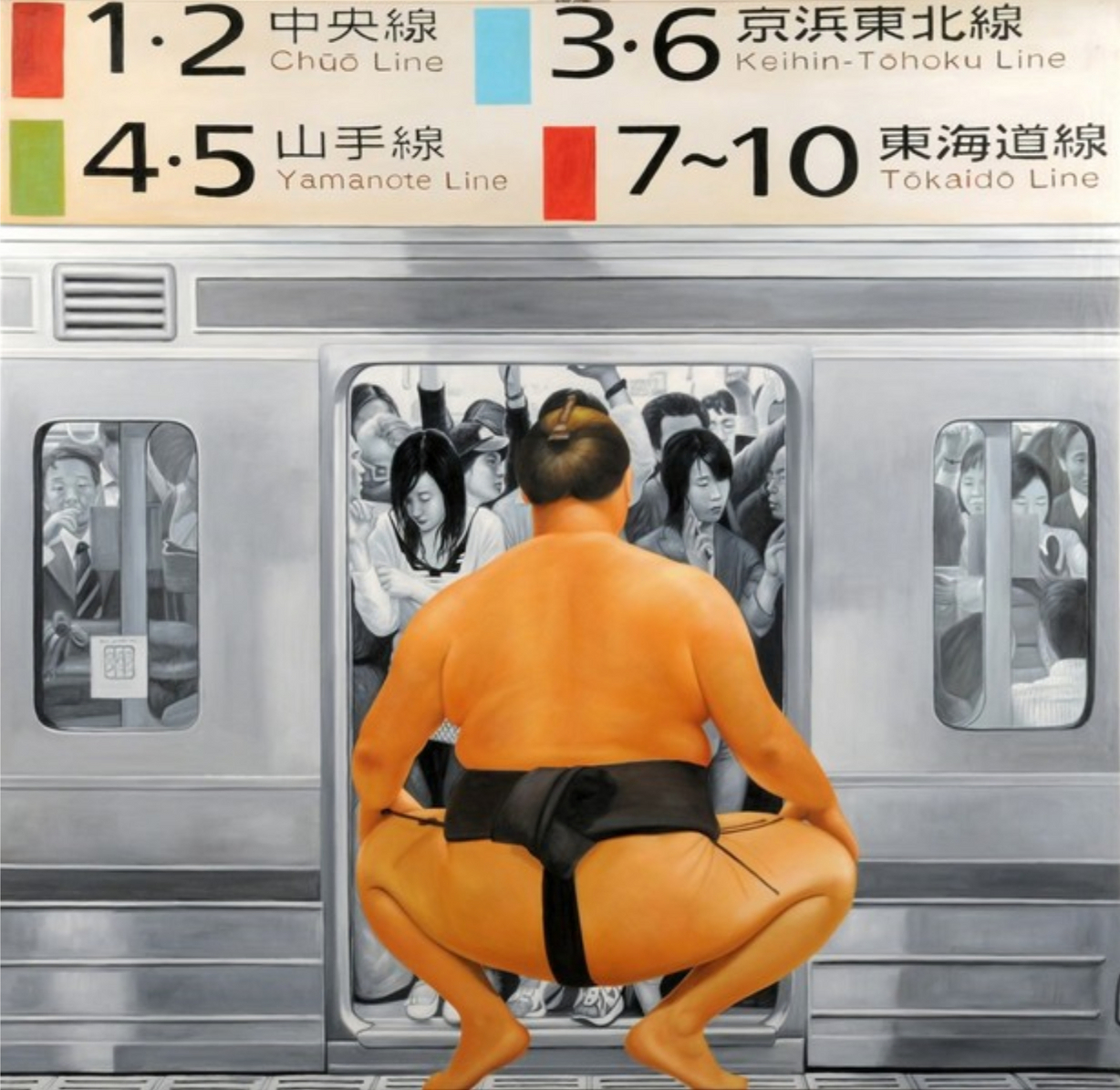 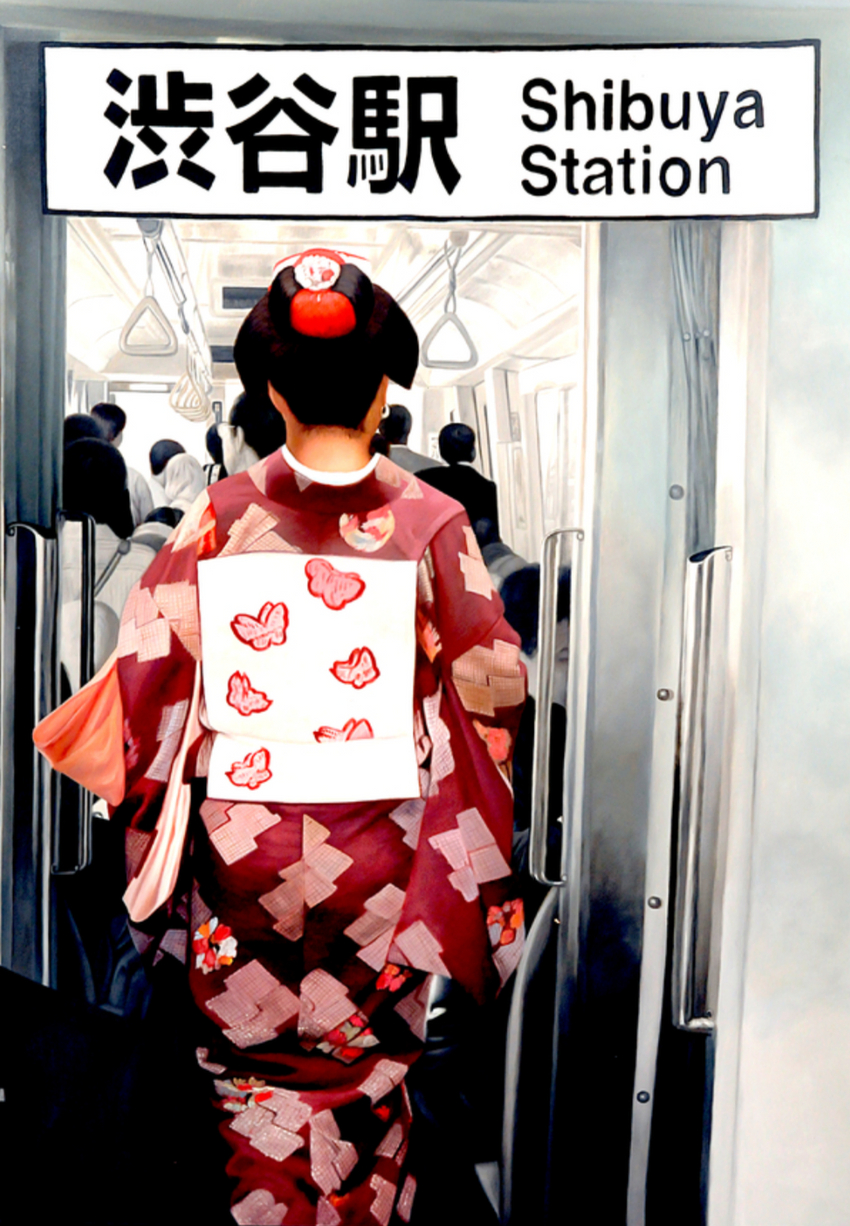